Romani women in Moldova represent one of the most vulnerable groups in Moldova: often they have lower levels of education, significantly higher rates of unemployment and poorer health than the rest of the population, according to a new report on the situation of Romani women and girls in Moldova, issued by the UN Human Rights Office, in collaboration with UN Women and the UN Development Programme (UNDP).

According to the report, while obstacles to access basic services, including education, are significant for both Romani girls and boys, some aspects are clearly more severe for Romani girls.

45% of Romani women in Moldova have no formal studies (including primary studies) compared to 2 per cent of non-Roma women and 33 percent Roma men, according to the report, which was released on 20 March to provide insights and guidance as to the next steps to improve the human rights situation of Romani women and girls in Moldova.

Romani girls are particularly vulnerable to school drop out and low educational attainment, due to the role many are required to play in their family and child marriages, the report indicates.

Zinaida, a Romani woman, is convinced that the biggest problem is access to education. She describes the life of her eldest daughter, Violeta, who she says is not much different from herself. Violeta got married when she was 15-years-old and only studied until grade 4, she said during an interview. Even though she is younger than 25-years-old, she has three children and is unemployed, with little hope of finding a job.

Social exclusion in Moldovan society also remains problematic, due to high anti-Romani sentiment. A recent survey stated in the report found that 49 percent of Moldovans would not accept a Romani person as a neighbour, while 16 percent said that they would “probably not” accept a Romani neighbour.

However, Romani women are starting to stand up for their rights as a united community. Last December, the first-ever network of young Romani women activists was launched with the support of the UN Human Rights Office, UN Women and the NGO Tarna Rom. The launch followed a three-day retreat, which brought together young Romani women from throughout Moldova to discuss issues of mutual concern.

“We spent three days together to discuss issues in our communities and to think seriously about action for 2014,” said Elena Bogdan, a Romani mediator from Hincesti and member of the network.

“It is important that young Romani women have a forum to work together to tackle issues in the community and wider society”, said another member of the new network, Rada Padureanu.

In the 2013 review of Moldova’s compliance with the UN Convention on the Elimination of All Forms of Discrimination against Women (CEDAW), the UN Committee expressed concerns over the situation of Romani women and girls, including their almost complete exclusion from political and public life. Discrimination and exclusion is also a problem in the education and employment sectors, the Committee noted, as well as police reluctance to intervene in cases of domestic violence within the Romani community.

As part of the Government’s 2011-2015 Action Plan on Roma Inclusion, a network of Roma Community Mediators was approved earlier this year. By the end of 2014, there will be a total of 48 mediators. 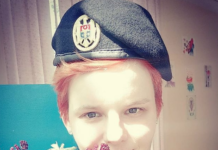 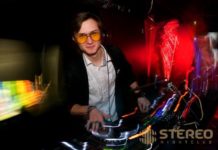 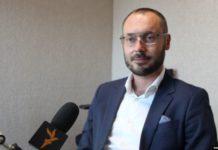