British-American investor Bill Browder doesn’t know Gofman. But he knows Moldova. He knows the Russians even more. His Hermitage Capital hedge fund was basically pillaged by Russian organized crime in 2007. Browder’s accountant, Sergei Magnitsky, wound up in a Russian jail cell and died there two years later. Browder became a one-man-gang fighting what he considers to be a Russian crime syndicate that is either sanctioned or conveniently ignored by Vladimir Putin.

“Money coming out of Russia is automatically treated as suspicious, so the criminals needed to use several countries through which they could siphon the stolen money,” Browder says. “These crimes can’t take place without the support of corrupt bank management, the prevalence of which in Moldova may have been a factor,” Browder says.

Hermitage’s Moscow offices were raided by police in 2007. Its documents and shareholder ownership certificates were “re-registered” into the name of a Russian businessman named Dmitry Klyuev. Later, a $230 million tax rebate due to Hermitage was issued to the Klyuev enterprise. The $230 million was then transferred from Klyuev-owned Universal Bank of Savings to three companies in Moldova in February 2008, including BEM, the target of Plahotniuc’s takeover.

Hermitage filed a criminal complaint in Moldova, which resulted in the opening of a criminal case in December 2012. Browder is still waiting for a court date.

“We believe that the fraud involving Hermitage was probably the first attempt at using the Moldovan financial system for Russian money laundering,” says Browder.

According to the Organized Crime and Corruption Reporting Project (OCCRP), some $20 billion has been laundered from Russia through Moldova. The scandal led to a political crisis that’s seen five prime ministers come and go in the last 12 months. Close Russia watchers know that the OCCRP is funded in part by the George Soros Open Society foundation, and by the U.S. government.  USAID, a backer of OCCRP and a source of funding for Moldova, did not return calls and emails Monday about U.S. involvement in the country.

To some, it’s easy to dismiss their Russian biases. But it is not easy to dismiss Gofman. He has no perceived axes to grind with the Russians. His numbers are identical to Browder’s — particularly the $230 million laundered into Moldova from Moscow.

On Monday, July, 25, a Moldovan businessman named Kobalev Platon was arrested in Kiev, thrown into the back seat of a car by police, and thrown in jail. He never saw it coming. What makes his arrest so important is that he was going to turn state’s witness and release information on a money trail left behind by his former banking partner, 50-year-old Moldovan A-lister and wealthy businessman, Vladimir Plahotniuc, reported Forbes publication.

Plahotniuc, who according to Interpol has been investigated by Italian police for money laundering, and loose association with the Russian Solntsevskaya mafia, is believed to have run a plot to siphon Moldova’s central bank reserves into shell companies and foreign bank accounts, according to a man named Mihail Gofman, a deputy level official at a Moldovan money laundering investigative agency. The scheme bankrupted three of the country’s largest banks and has thrown it back into the arms of the IMF, now bailing out a country the members of its ruling party helped strip mine, Gofman claims.

“Platon wanted to cooperate with any U.S. government agency interested in the investigation of crimes committed by the organized criminal group led by Plahotniuc,” says Platon’s attorney Vyacheslav Lych. “Given Plahotniuc’s connections in the government, he has no problem getting Moldova to demand his extradition,” Lych says, adding that Plahotniuc has also been a business partner with Ukrainian president undefinedPetro Poroshenko in real estate deals in Moldova, alleging at some mighty pull against Platon.

Plahotniuc is one of Moldova’s richest men. He has his hands in everything: from banking to night clubs and restaurants. He was a member of parliament and almost became its prime minister until independent president Nicolae Timofti stopped his candidacy due to public pressure. His character is in question.  the reason is because three banks he owned folded and $1 billion from the National Bank of Moldova disappeared on his watch, nearly half of it to Russia. Only his lawyers and some close associates swear he’s an innocent man. 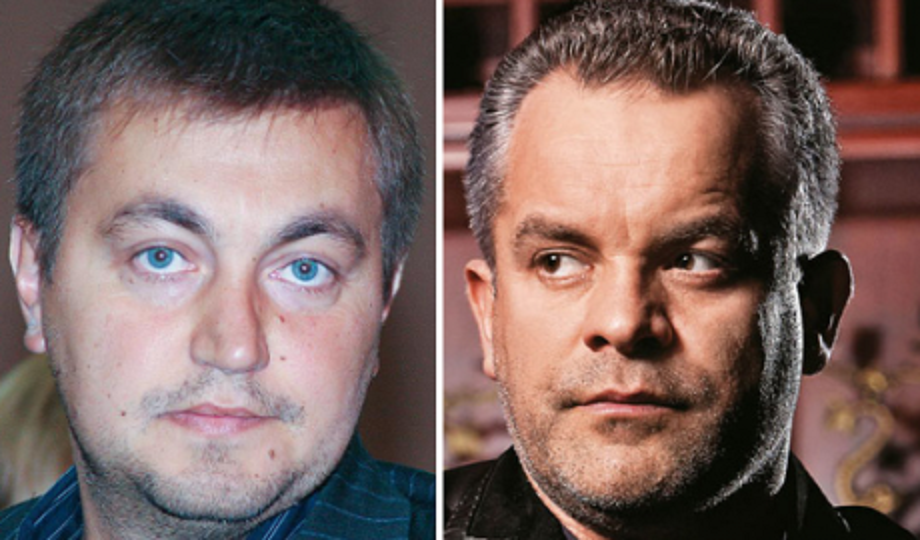 “Corporate raiders” Platon and Plahotniuc. Platon’s lawyer believes his former business partner, Plahotniuc, used his connections in the Moldovan government to have his client arrested. Platon, wanted for white collar crimes, was involved in shady banking activities with a number of Moldovan bank.

Gofman, tasked by the Moldovan government to monitor international money laundering, says that local business man Ilan Shor took over three major banks – Sociala, Unibank and the biggest of them all, Banca de Economii (BEM), with the help of government officials in the Democratic Party.

Plahotniuc was vice chairman of the Party and is its main money man, so Gofman came to Washington in July to point the finger at the businessman as an accomplice to the central bank reserve theft. He says that the U.S., U.K., Russia and Romania are looking into his dealings with those banks. To date, there is no clear picture and Plahotniuc, much to Gofman’s obvious dismay, has not been charged with wrong doing.

After getting hold of those banks around 2012, Ilan Shore and friends set up shell companies. They lent money to those shell companies and declared losses. Two years later, they asked the central bank for a bailout. They got it in November 2014.

They funneled a lot of the money off shore, with nearly half of it going to Russia. The result, over $1 billion stolen from public funds, as widely reported by foreign media. To put that into perspective, the Moldovan GDP is around $8 billion. It would be like a trio of American businessmen, bankers and politicians running off with over $2 trillion from the Federal Reserve.

BEM lent $50 million to Russian companies Skif and Transtour. These loans were designed to make it look like BEM was lending money and its borrowers were simply not paying them back. According to a signed testimony Gofman sent to heads of the E.U. and to James Pettit, U.S. Ambassador to Moldova, within just two months of the hostile takeover of BEM in 2012 by Shor and his suspected co-conspirators in the governmment, the domestic banking system was robbed of 3.9 billion leis ($200 million) through banks whose controlling stakes were often in Shor’s name. Shor is serving time now and therefore cannot talk to the U.S. or European law enforcement. Iaralov, who has become known as the Phantom Menace in the local press, is still in the capital city Chisinau and is the focus of a U.S. government investigation into money laundering, according to Gofman anyway.

Russian law enforcement is not standing down either. An arrest on Monday of a former Russian customs official named Andrey Belyaninov and and another man named Sergey Lobanov have ties to Victoria Bank, a commercial lender where Plahotniuc once served as chairman of the board. Lobanov, a shareholder in Victoria, is being accused of money laundering, the Novaya Gazeta reported.

While that has nothing to do with Gofman’s case against Plahotniuc and Iaralov, it makes for a public relations nightmare for the Moldovan business leader who stepped down from his party in October because of investigation of his possible involvement in the swindle. Plahotniuc and his party say he is innocent. His name appears nowhere in the Kroll report. According to a report in Kommersant, a Russian business daily, Lobanov’s Cyrpus company called Insidown traces back to the incarcerated Ilan Shor.

The ties show that Russian money laundering isn’t necessarily official business. It’s private enterprise. And Moldova is a conduit for illicit capital, both coming and going.

Some 98% of Unibank’s equity placements were done in Russia. For BEM it was 95% of equity placements offered there and for Sociala, 84%. All told, the bank owners placed $200 million in just three Russian banks: Gazprombank, Metrobank and Alef Bank. All of it was frauded from Moldova to shell companies that had no legitimate money making operations.